The story of Vrede en Lust as we know it today, begins in 1688 with Jacques de Savoye and his wife, Marie-Madeleine le Clercq arriving in the Cape from Belgium. They chose to settle in the Drakenstein Valley, which is majestic but extremely rugged in those days, with extensive forests and animals including lions and elephants. 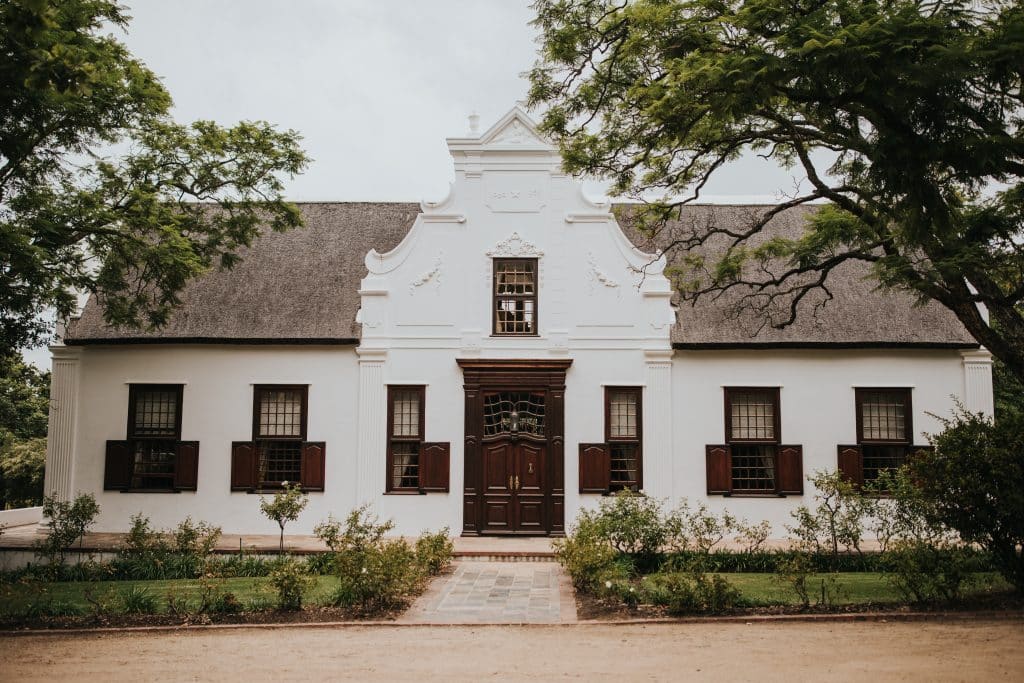 These pioneers lived in simple clay and reed houses on a wonderful plot of land which de Savoye named Vrede en Lust (Peace and Passion). This farm still nestles against the slopes of Napoleonsberg, which the French settlers named in honour of their leader. Today we refer to this mountain as Simonsberg, after the first Governor of the Dutch Cape Colony Simon van der Stel. 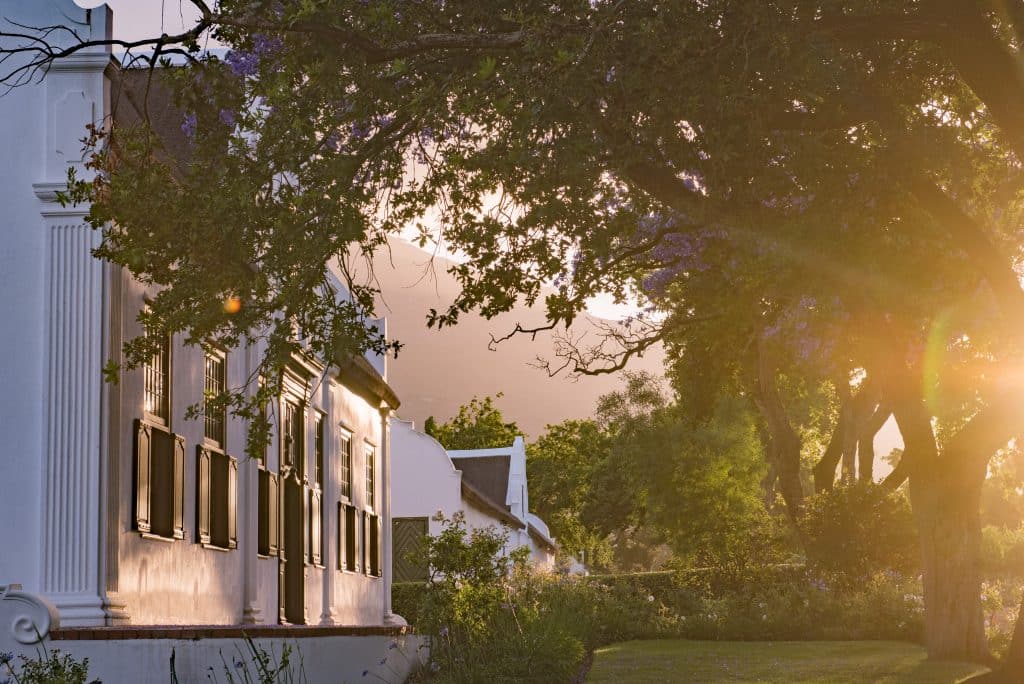 A century and five owners later, for the first time in Vrede en Lust’s history, the farm belonged to a woman in 1789. Maria Elisabeth de Villiers remarried two years after her husband’s death. Jacobus Stephanus Marais (Jacob), her new spouse, became responsible for the farm’s improvement and development.

The homestead at Vrede en Lust was most likely constructed during the prosperous years of 1780 -1790, or between 1796 and 1820. Due to the intricate design of the centre gable, the latter seems more likely. Later developed gables are frequently more embellished than earlier, more simplistic versions. 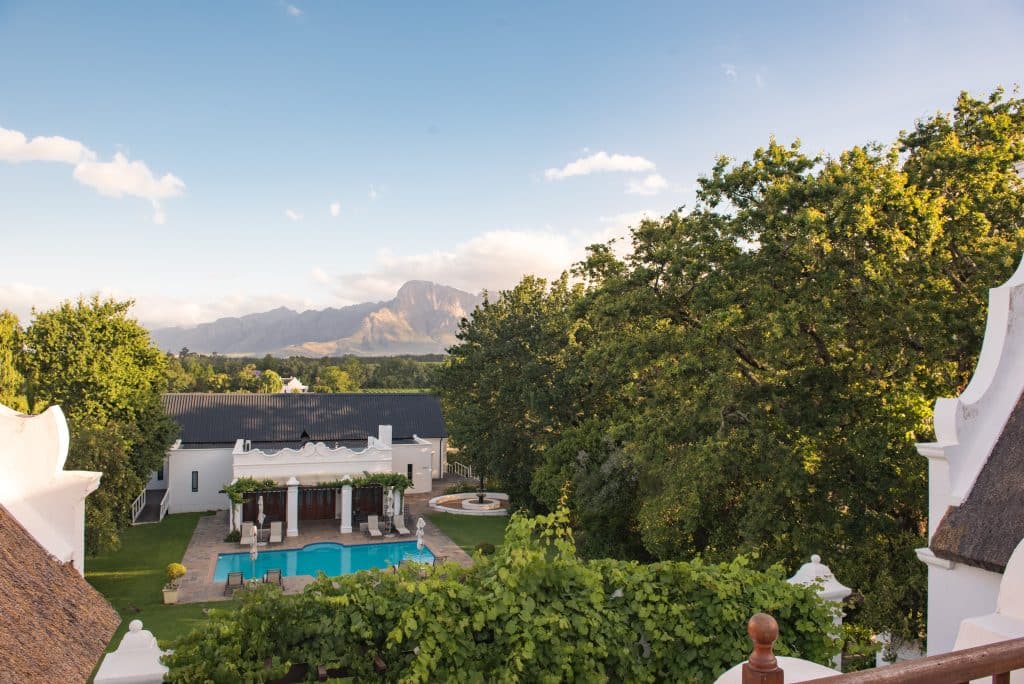 Although Cape estates often form a central courtyard, the three main buildings on Vrede en Lust stand in a straight line. The cellar is to the right of the house, the Jonkershuis cottages to the left, and the slave bell in front with emancipation occurring in 1834.

In 1871, after nearly a century and five more owners later, the farm became the property of Willem Haupt and Elizabeth Stuckeris. Along with their four children, they lived a genteel life in accordance with Victorian standards. There were five bedrooms, a sitting room, dining room, kitchen, pantry, and loft in their U-shaped home. This very traditional and common layout probably stands on the site of an older homestead, the walls of which have been incorporated.

Unlike the large areas shared by family and domestic slaves in the 18th century, each member of the Haupt household had his or her own room. 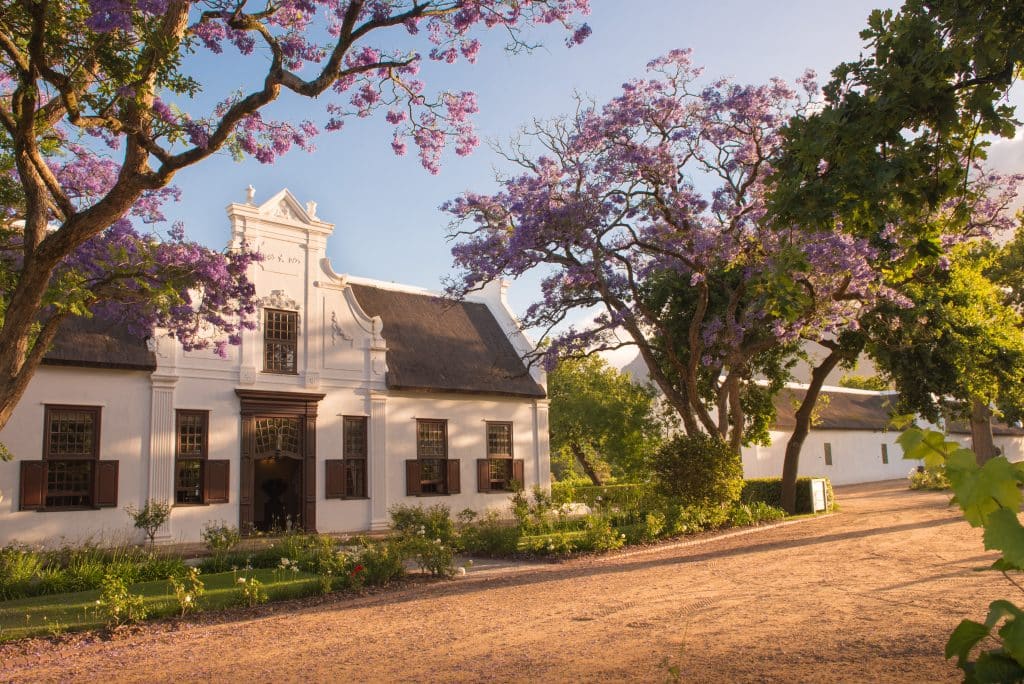 Between 1899 – 1930 the farm belonged to Henry Meyers and Charlotte Briggs. It was during this time in 1920, the well-known author Dorothea Fairbridge visited the area and described Vrede en Lust as follows:

“The homestead of Vrede en Lust is set amongst trees and cut off from the surrounding country by a low white wall. The house is simple in comparison with the very graceful outbuildings. This peculiarity, which may be noticed in other instances, suggests that the original homestead may have been destroyed by a fire which spared the surrounding buildings and have been rebuilt on economical lines. The gables of the outbuildings, like those of Bien Donné, show distinct French influence.” 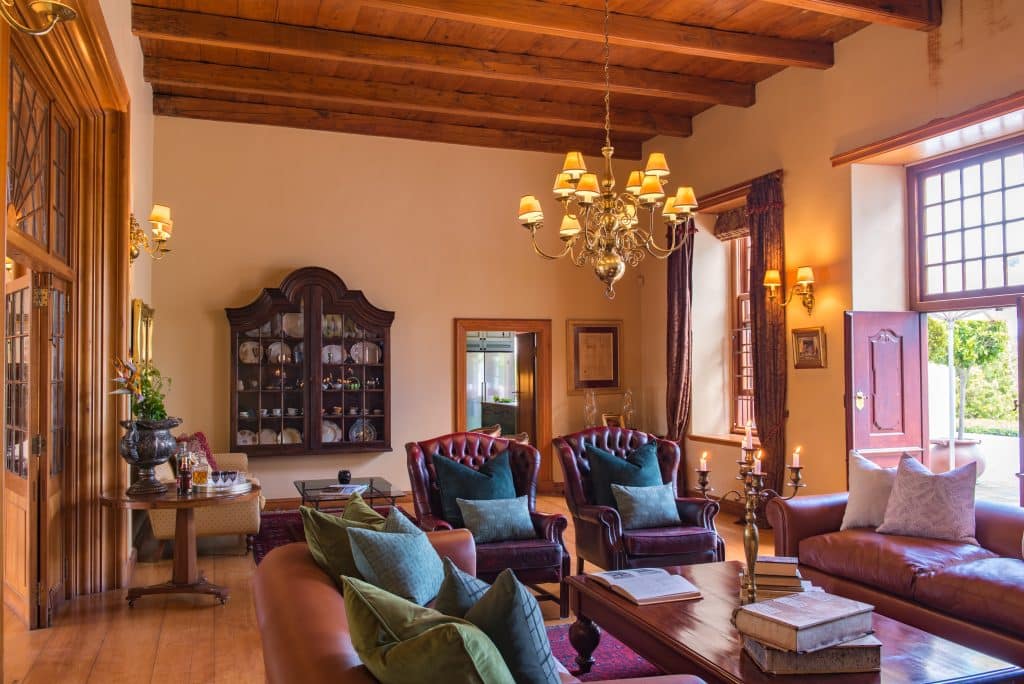 On September 21, 1944, Norman Berold paid £10 275 for the 40 morgen parent section of Vrede en Lust, which stayed in his family for over half a century. The Vrede en Lust Manor House has been blessed and cursed by fortune and fate. The historic homestead was severely damaged by fire at the end of the nineteenth century, but Norman Berold restored it in the 1950s.

The renovation took five years, and the gable bears the dates 1688-1955 to commemorate the project’s completion. There is still much evidence today of the detail that went into the renovations. When Berold died in 1964, the property was worth R146 650, a significant increase in value.

David Ladds, the farm’s 17th owner, purchased it in 1988 and discovered that the house was still in good condition, simply needing some modest repairs. After removing decades of brown paint, the sandblasted ceilings revealed the beautiful glow of antique yellowwood. It is known that nearby on the Klapmutskop section of the Simonsberg, a 300 year old indigenous Yellowwood Forest can be found. Could this be where the manor house timber was sourced?

In 1996, Dana Buys, the eldest of three brothers, entered into a partnership with his younger brother, Etienne, and bought the farm, the current owners of Vrede en Lust. As the new millennium began, Vrede en Lust started living up to its great potential. The Manor House and old cellar were renovated with the help of architect Johan Malherbe. 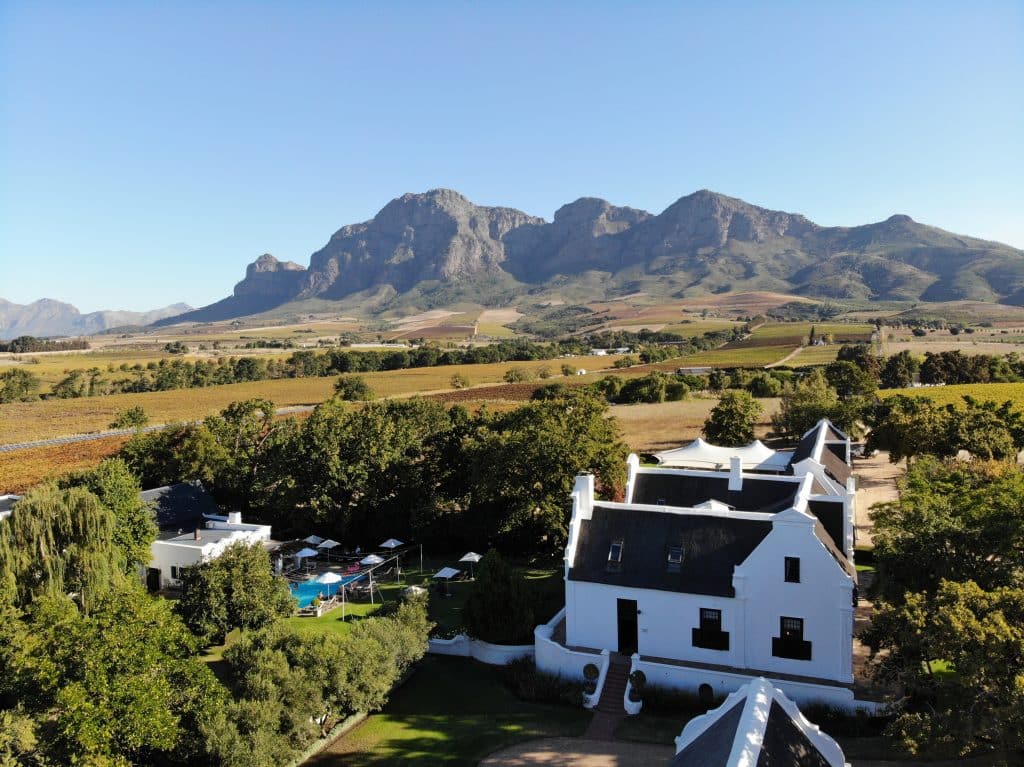 The Manor House was to provide modern living spaces that were preserved to their original beauty. It once again features a low ring-wall along the front. The plaster on the inside walls was scraped away to show the primitive mixture of clay, sand, and straw used by the builders of the era. The modern glass windows were replaced with windows in their original locations while the slim air vents were re-opened.

Buildings are more than merely the result of design and construction, they are a snapshot of life. The parts represent the time’s technology, expertise, and materials, while the style represents the culture. Every structure has a story to tell, but the tale is best told through what is seen, rather than what is read.

Visit the Vrede en Lust manor house located at the centre of the Cape Winelands, equidistant to Paarl, Franschhoek and Stellenbosch.